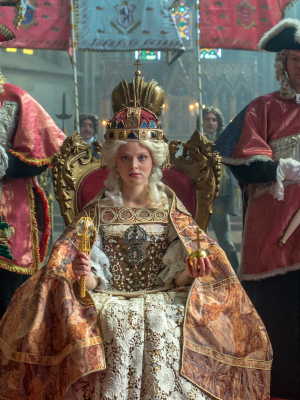 / Czech Republic
CZECH REPUBLIC Part 1 Screening: Friday, the 14th of September, 9:30 am – Le Dragon Cinema Production: Maya Production in association with MR Film and Beta Film for Czech TV, ORF, RTVS and MTVA Broadcaster: Czech TV, ORF, RTVS, MTVA Distributor: Beta Film Director: Robert Dornhelm Screenwriters: Miroslava Zlatníková (Coop: Radek Bajgar, Pavel Gotthard) Production Manager: Jan Novotný Composer: Roman Kariolou Casting Directors: Nicole Schmied, Zuzana Povýšilová, Daniel Severa, Mandel Helga, Vivid Casting, Petra Vanek Svarinská Director of Photography: Tomáš Juricek Production Designer: Katerina Kopicová Sound Engineer: Michal Deliopulos Film Editor: Michal Lánský Length: 1 st part: 99′, 2nd part: 102′ Cast: Marie-Luise Stockinger, Vojtech Kotek, Karl Markovics, Fritz Karl, Zuzana Stivínová, Zoltan Ratoti, Alexander Bárta, Tatiana Pauhofová, Julia Stemberger, Dominik Warta, Jirí Dvorák, Jan Budar, Vladimir Javorský, Cornelius Obonya,Bálint Adorjáni … Summary : In the era of the absolute monarchies, where the politics is above everything, a marriage of love is inconceivable. And an Empress ruling the kingdom ? Totally unthinkable ! However, there is a smart child who grows up in the Hofburg’s palace, there, she studied books she is not supposed to. She has a crush for the dashing Duke of Lorraine. Which she is authorized to married by her father, King Charles VI. When the King dies, an edict allows her to ascend the throne. The new sovereign of the Habsburgs is only 23 and waits for her fourth child. Maria Theresa tries to respond quickly to reform and handle her kingdom while her husband spend most of the time with their child. But soon, Austria seems to be about to go down and the europeans rulers will attack the Empire of the Habsburgs. Maria Theresa will use a master piece of diplomacy to win allies, and, finally, regenerate an empire that went through 150 years of Europe history.