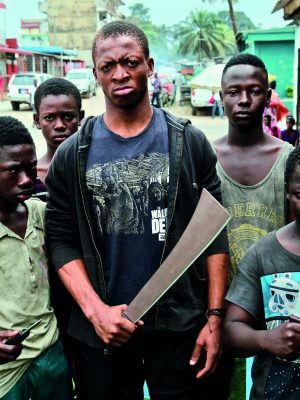 Summary: Chaka and his big sister Hadjara decide to leave their parents in debt. To survive, the girl finds a job, but Chaka, too young to work, is seduced by his friend Timo who will introduce him to Kouess, a leader of a gang. Despite the supplications of his sister, Chaka let Timo and Kouess initiate the vandalism and violence. Chaka strives to forge a reputation as a boss without mercy. But his ambition attracts him the wrath of Kouess who does not accept his frequent insubordinations. As Hadjara tries to save his brother from the delinquency, a ruthless struggle is launched between Chaka and Kouess. It’s the beginning of a merciless war …