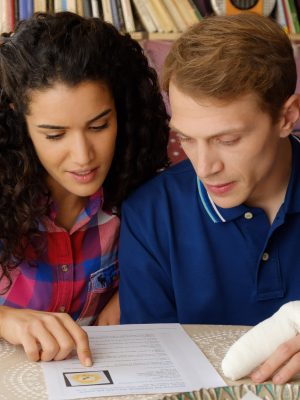 / Television Film
Screening: Friday, the 14th September, 2:00 pm – Le Dragon Cinema Production : ESCAZAL FILMS (Sophie Révil) Broadcaster : FRANCE 3 Director : Jean-Pierre Améris Creator : D’après le roman Illettré de Cécile Ladjali Screenwriter : Murielle Magellan Composer : Quentin Sirjacq Production manager : Alain Mougenot Casting director : Tatiana Vialle Director of photography : Pierre Milon Production designer : Denis Bourgier Sound engineer : Bernard Ollivier Film editor : Sylvie Laugier Format : 85’ Financial assistance : Aide à la production de la région PACA Casting : Kevin Azaïs, Sabrina Ouazani, Annie Cordy Summary : Leo, a thirty year old worker, has a secret which he carries like burden: he is illiterate. When his hand is swallowed up by a machine because he did not read the instruction notice, his whole life turns around. His boss sacks him because he had hidden the fact he was illiterate. He falls in love with Nora, the nurse who looks after his damaged hand, but their affair is cut short when she discovers that he cannot read or write…. Like a child, worse, a subhuman… The shame that has followed him all his life, is creating a wall between him and the others. He has his back to the wall, the time of choosing for Leo has come: either he lets himself sink, or he tries to tame words… With the participation of TV5MONDE