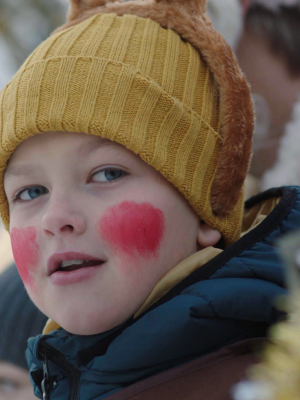 / Norway
NORWAY Season 1, Episodes 1 & 2 Projection : Saturday, the 15th of September, 12:00 pm – Le Dragon Cinema (FR Subtitles) Production: Fabelaktiv (Arild Halvorsen) Co-Production: NDR Broadcaster: NRK Distributor: Beta Film Directors: Liv Karin Dahlstrøm and Mikal Hovland Creators: Trond Morten Venaasen and Morten Hovland Screenwriters: Trond Morten Venaasen and Morten Hovland Production Manager: Nicholas Sando and Camilla Vanebo Composer: Stein Berge Svendsen Casting Director: Stella Casting (Celine Engebrigtsen) Director of photography: Audun Magnæs (fnl) Production Designer: Julie Askildt Sound Engineer: Nils Viken Film Editor: Margrethe Vinnem and Bjørn Thomassen Length: 13 x 14 min Cast: Anna Dworak, Kristian Eidsland Finbråten, Ola G Furuseth, Genevra Hagus, Bobo Hedin, Hanna Linnea Løvberg, Naif Mohammed, Nils Ole Oftebro, Christian Skolmen, Nor Erik Vaagland, Torgersen Summary: Martin wants to be as normal as possible and is embarrassed by his family, whom he thinks are barking mad. One day Martin falls in love with Dalia, but every time he goes to talk to her he gets a helium voice. Has he gone mad just like his family? Martin tries to appear as normal as possible to Dalia and her family. But the more he tries, the further he pushes Dalia away. In the end, he has to take a leap of faith and trust that he is good enough as he is. Only then can he conquer love. “The pursuit of normality is the purest form of insanity.”

Out of Competition TF1