The need to put an emphasis on television pushed Quentin Raspail to create the Festival de la Fiction. So, every September, when the diffusers present new television series, the Festival reveals the newest works of television fiction, displaying the diversity of Francophone and International audiovisual creations. The ultimate goal is to give a voice to those who create and who love television fiction, but also to the public who gives life to these works.

The interaction between directors, producers, actors, composers, screenwriters, lighting and sound managers, technicians, diffusers, heads of industry institutes, partners, and the public allow for the Festival to become a unique instant where novel works are brought to life. The screenings of the competition works are linked together by a series of aperitifs, lunches, dinners, ceremonies, debates, press conferences, encounters, out-of-competition films, and professional workshops. This is a moment of pure expression, of promoting the visibility of fiction, and most importantly a veritable stepping-stone for the future of creation.

The accreditation platform will open on June 17th!

Are you having difficulties with the accreditation site ? Click on the following link: http://festivalfiction.tv/

Signing Up Your Works

The submission of works for the official competition is open until the 26 of July 2019.

Please note that the producers will be requred to provide English subtitles for their works.

The submission of web series for the competition is open until the 19 of July 2019.

Please note that the producers will be required to provide English subtitles for their works.

The inscription of works for the official competition is open until the 21 of June 2018.
Please note that the producers will be required to provide English subtitles for their works.

Where to stay at La Rochelle

Prepare your stay at La Rochelle.

Festival-goers: in order to reserve your hotel via our online reservation system, click here.

If you have any questions, contact La Rochelle Events at  +33 5 46 45 90 90 or by email at resa@larochelle-tourisme-evenements.com 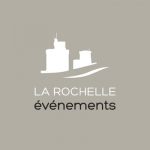